My name is Edgar Wesseling, i really like to do several activities with dogs for example going to a dog-show and do obedience with them wich they really like. I will tell you how it is possible that i did find this passion for dogs. 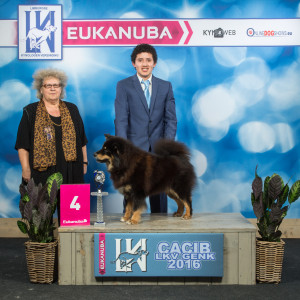 When i was a child my grandmother and grandfather used to have a Swedish lapphund called Bryne. Bryne was a typical good balanced lapphund. When i had the right age, i decide that it was time for my own Swedish lapphund.

In theory that was easy to say. This was before i knew there were only 2000 dogs of this breed in World wide population. Luckily there was a breeder Mr. Brinkman who had one Swedish lapphund who was looking for the right home. We visited Mr. Brink and Mrs. Brinkman a couple times and there he was, Erkki Fra Husavik “Erkki”. A few years later i wanted a second dog. After a lot of searching on the internet i made up my mind and thought i would be good to adopted a second lapphund. I did contact the “FLVN” (Finse lappen vereniging Nederland), and i received a reply from Mrs. Asselbergs that there was going to be a litter at Kennel “van Elimshofje”. I received the contact details of Elly and Wim and gave them a call. We talked a lot and gave them a visited at their place, to see their dogs and to meet them in person. A few weeks later the mother of Isko “Karuna” gave birth to 7 nice little lapphunds. We visited and from the beginning moment, i did choose the one with the green leash on his neck called Björn Isko v. Elimshofje. Elly and Wim gave me permission after 7 weeks that they have selected me to adopted Isko. 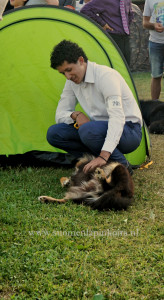 I have a passion for dogshows with my dogs. The first day i did attend to a dogshow with Isko was in Leiden (Netherlands). Isko was 15 months old, and we had several trainings. But still i was a rookie and did not knew how it should be under a real judge for the “Finnish lapphund”. It went very well and isko made it to Best opposite seks and Best dog which he received his first CAC (Championship point for the Dutch title). Now in 2016 Björn Isko v. Elimshofje (Isko) has done very well and he is a Multi Best of Breed Winner, Group Placer and has the following titles to his name: International champion, Dutch champion and BeNeLux Winner 2016

Above this all, i really like to thank my parents who made this possible for me to keep dogs and to do several activities with them.

If you have questions about my dogs or have a question about me you can contact me: edgarwesseling@hotmail.com 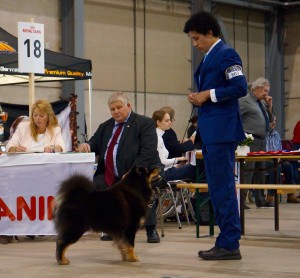 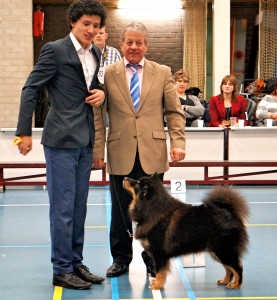 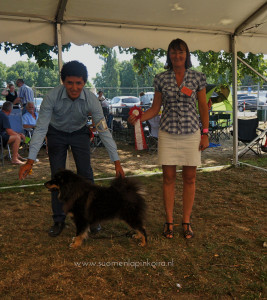